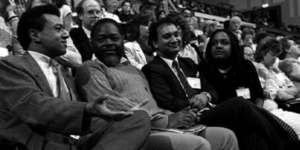 We began in Part 1 by looking back into history at early wins for freedom. In Part 2 we took a look at post war Britain, and the attempt to rebuild for a better world. In Part 3, we looked at the 1960s and 70s – a time of vital importance to the UK’s civil rights struggle. Now, in Part 4, we look at recent firsts.

Part 1: Paving the way: Early wins for freedom and liberty
Part 2: Post war Britain: Rebuilding for a better world
Part 3: Speaking truth to power in the 1960s and 70s 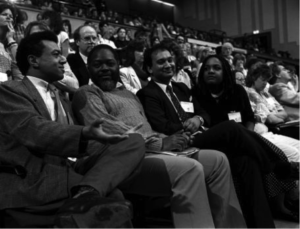 On 11th June 1987, just six years after the 1981 protests in Brixton, history was made when Diane Abbott, Bernie Grant, and Paul Boateng were elected to office. All were involved in civil and human rights, and they brought this experience into parliament.

Diane Abbott, for example, was a prominent human rights campaigner, who continued to fight for civil liberties as an MP. A daughter of the Windrush Generation, her work has been shaped by early experiences, for example studying as one of only 3 Black women at her Cambridge College, where she said she met “class and privilege head on”. 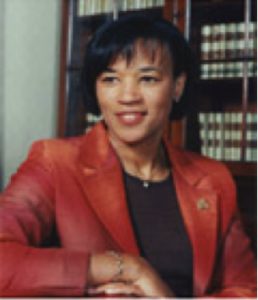 Patricia Scotland came to the UK from Dominica in 1958, and her family settled in Walthamstow in North East London. She was a successful barrister from a young age, and was just 35 when she made legal history as the first Black woman be invited to be Queen’s Counsel (QC).

On top of this achievement, she was also the youngest person to be invited to the position since William Pitt the younger. She has since made history twice again. Once in 1997 when she became one of the two first Black female peers, alongside Baroness Valerie Amos, and again 10 years later, when she became the UK’s first ever female Attorney-General.

Baroness Scotland has used her position to work towards equality before the law. She established a council of pro-bono lawyers, as well as an alliance against domestic violence. She was appointed Secretary-General of the Commonwealth in 2016 and has used this position to emphasise the need to “not be frightened” of conversations about race and empire.

Most recently, she has put forward ideas for a “race and reconciliation” summit, and has overseen the launching of the NO MORE campaign to tackle domestic violence across the Commonwealth. 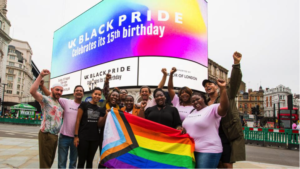 In 2004, Lady Phyll and others in the Black Lesbians in the UK group congregated in Southend-on-Sea. It was there that they decided there was a need for an event where the UK’s LGBTQIPOC could “come together…see ourselves”.

Partly in response to concerns around the growth of the BNP and racist propaganda at the time, the founders of UK Black Pride faced down prejudice and resistance to nurture what is now Europe’s largest celebration for African, Asian, Middle Eastern, Latin American and Caribbean-heritage LGBTQ+ people.

Now in its 15th year, UK Black Pride celebrates and campaigns for the rights of LGBTQ+ people of African, Asian, Caribbean, Middle Eastern and Latin American descent. The festival has brought the experiences of LGBTQIPOC into mainstream discourse, and provided a safe space for thousands of people to celebrate themselves.

Lady Phyll hasn’t stopped at this success, and has also been instrumental in highlighting the persecution of LGBTQI+ people across the world, and the role that the British Empire played in this. Lady Phyll has refused to be cowed in the face of prejudice, and has remained true to herself throughout her life.