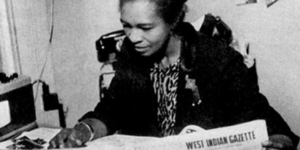 In the final week of Black History Month 2020, we’re celebrating black civil rights heroes who have transformed the landscape and the law on human rights in the UK, all while facing down rampant racism and fighting for their own basic freedoms.

We began in Part 1 by looking back into history at early wins for freedom. Now we take a look at post war Britain, and the attempt to rebuild for a better world.

1945: the fifth Pan-African congress is held in Manchester 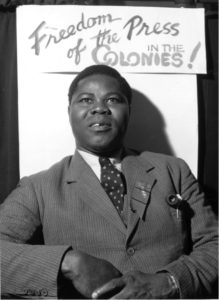 On 15th October 1975, the Chorlton Town Hall in Manchester was decorated with the flags of African countries as some of the world’s great black activists and thinkers congregated for this 6 day event.

With 200 delegates from around the world in attendance, the Fifth Congress is often thought of as the most significant; engineering post-war sentiments of freedom and cooperation to demand independence from colonial rule. Topics debated included ‘The Colour Problem in Britain’; ‘Imperialism in North and West Africa’; ‘Oppression in South Africa’; ‘The Problem in the Caribbean’; and ‘Women in the West Indies’.

The Pan-African Congress has come to be seen as an important peace maker and driver in the movement for African independence. This fifth conference was significant as the first one that involved members of the African diaspora, including lots of people of African descent living in Manchester at the time.

The Congress demanded independence for African nations still under colonial rule, as well as equality of rights and opportunities. By 1966, all but six African nations were independent, with the Pan-African Congress as one of the key influences.

The Congress’s value is still felt today, as ideas introduced there help us to shine a light on issues like racism and neo-imperialism that are unfortunately not confined to the past.

Claudia Jones was a Trinidadian-born activist who founded the West Indian Gazette in the midst of ongoing racist attacks against Britain’s West Indian communities. The Gazette reported on everything from British race relations to African Independence movements. Its fearless opposition to deeply entrenched British racism galvanised resistance in the Caribbean community.

We’re indebted to the Gazette’s campaign against the 1962 Immigration Act, which is a record of dissent against racist and unjust immigration policies in the UK from the moment of their inception.

Jones died in 1964, after a remarkable career that included founding London’s first Caribbean Carnival, which has evolved into the famous and much loved Notting Hill Carnival.

1959: Jocelyn Barrow arrives in the UK 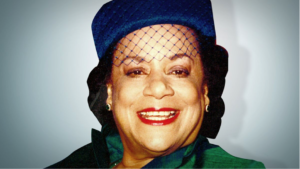 She went on to be a champion in education, the media, and race relations, forming the Campaign Against Racial Discrimination, which helped to negotiate the Race Relations Legislation in 1968.

Dame Jocelyn was fearless in her fight against racism. Colleagues have recalled her refusal to be cowed by threats from groups like the National Front when leading an anti-racism march in Newcastle. She was also determined to eradicate the inequality that existed between schools in different areas, and set up a local community group to try and support black pupils and their families.

Besides being “a grand dame of the anti-racist struggle” (Diane Abbott), Dame Jocelyn extended her work as far as healthcare and the media. As the first black female governor of the BBC, she introduced programmes to encourage black and minority ethnic youth. She was also a director of the Whittington Hospital NHS Trust, where she promoted the rights of nurses and carers.

Jocelyn Barrow became Dame Jocelyn by way of a lifetime peerage in 1992. She died in April 2020 after a lifetime of contributions to equality and justice. Throughout her life, she maintained that she travelled to the UK to help rebuild. Her work ensured that post-war society was shaped into something better than what had come before.

1968: Paulette Wilson arrives in the UK 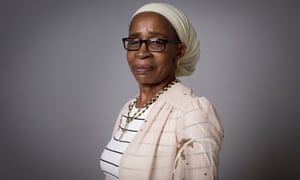 Paulette arrived in the UK from Jamaica as a child, joining her grandparents who had already settled here. She called the UK home from the age of 10, going on to work as a cleaner and cook in the Houses of Parliament. She was an active member of her community, and volunteered at the local church helping homeless people. Paulette also raised a family here, and was a much-loved Mother and Grandmother. Her daughter said she was “widely loved and respected; her laugh was infectious and she loved to see people smile”.

In 2015, Paulette’s life was thrown into chaos when she received a letter from the Home Office telling her she had no legal right to be in the UK. The next few years were torturously uncertain for her and her family, and included being detained twice in Yarls Wood as the Home Office prepared to deport her from her home of 50 years.

After the Windrush Scandal became widely known, she dedicated herself to fighting for justice for herself and the many others affected. Just months before her death earlier this year, she joined fellow Windrush activists Michael Braithewaite, Glenda Caesar, Anthony Bryan, and Elwardo Romeo in delivering a letter to Downing Street demanding justice for the many people who have still not been compensated.

Paulette, Michael, Glenda, Anthony, Elwardo, and many other members of the Windrush Generation, never asked to be activists, but they’ve changed the face of immigration politics nonetheless. Paulette’s decision to speak out encouraged many of her Windrush contemporaries to come forward, as well as bringing the injustice of the Windrush Scandal to national attention. The unwavering commitment she and other members of the Windrush Generation have shown to fighting the Hostile Environment is an inspiration to anyone seeking justice and a world free from prejudice and persecution.