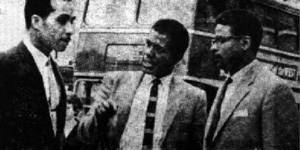 We began in Part 1 by looking back into history at early wins for freedom. In Part 2 we took a look at post war Britain, and the attempt to rebuild for a better world. Now, in Part 3, we look at the 1960s and 70s – a time of vital importance to the UK’s civil rights struggle. 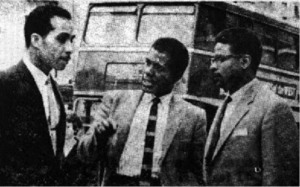 The 60s were a hugely important time for the UK’s civil rights struggle , beginning with the Bristol Bus Boycott of 1963.

Members of Bristol’s Black community were aware of a “colour bar” in the Bristol Omnibus Company’s hiring policy, that was even backed by the company’s trade union.

To highlight this injustice, Guy Bailey went for an interview. He was sent home before he even got into the room. Armed with proof of discrimination, activists united and organised a boycott of the city’s buses. The boycott began in the Black Community, but people managed to galvanise some of their non-Black neighbours, who also joined the protest.

After four months the bus company caved to protesters’ demands.

Three years later, Asquith Xavier was appointed as the first non-white guard at Euston station after a campaign against their unofficial “colour bar”. His campaign led to a strengthening of the 1965 Race Relations Act, which was extended in 1968 to make it illegal to refuse housing, employment or public services to people because of their ethnic background. 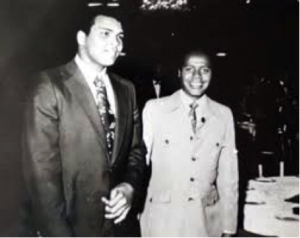 Paul Stephenson – one of the leaders of the Bristol bus boycott – made national headlines when he went to court to protest being forced to leave a pub because he was Black.

Upon entering the Bay Horse pub, Stephenson had been told by the owner that Black people were a nuisance and he needed to leave. Stephenson held his ground, and eventually police officers were called. Stephenson was arrested and held for refusing to leave licensed premises.

At Stephenson’s trial, all eight police officers gave their account of arresting him at the pub, branding him “aggressive”. Despite this attempt to smear him, another witness had been drinking in the pub and corroborated Stephenson’s account of events. He was acquitted and awarded £25 in costs.

1970: Darcus Howe and Althea-Jones Lecointe represent themselves in the Mangrove 9 trial 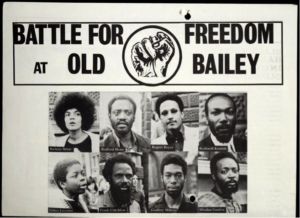 Howe and Jones-Lecointe were two of nine defendants accused of inciting riots after protesting in defence of the Mangrove restaurant, a much-loved Caribbean restaurant in Notting Hill frequented by many members of the Black Community, including celebrities like Jimi Hendrix, Bob Marley, and Diana Ross.

People described the Mangrove as a sanctuary, but before long the owner Frank Crichlow was hounded by the local council who rescinded his late-night license. Police began harassing Crichlow almost nightly, often coming in to raid the property.

In 1970, the newly formed UK Black Panthers helped to organise a protest to defend the Mangrove. Around 150 peaceful protesters were met by over 600 police. Many of the witnesses testified that violence was incited by police, but nine protesters were arrested for inciting riot and affray.

Howe and Lecointe-Jones chose to represent themselves to expose the politically motivated nature of the trial, and appealed to ancient rights enshrined in the Magna Carta to demand their right to be tried by a jury of their peers, who in this case would be black people.

In a historical move, the Judge was also forced to admit evidence of racial hatred on part of the police. The trial brought the fight against police racism into the national consciousness – defendant Frank Crichlow said it “put on trial the attitudes of the police, the Home Office, of everyone towards the Black community.” The Mangrove 9 proved it was possible to take on the authorities and win, inspiring anyone who wants to speak truth to power.