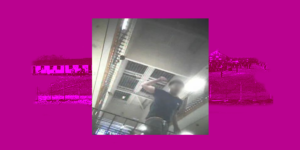 The 2015 revelations in Shaw’s Review shocked the public and politicians alike. Just as detention reached its peak, it was thrust the system into the spotlight like never before. More exposure followed and vocal opposition to detention policies grew. With that, has come the most significant opportunity for fundamental reform possibly since immigration detention began.

In 2017, the BBC’s Panorama programme went undercover in Brook House detention centre. Amid the total chaos of the centre, officers were filmed mocking, abusing, neglecting and even assaulting those held there.

In 2018 the Windrush scandal broke. Revelations of wrongful detention and deportation shocked the country. It exposed the level of cruelty and ruthlessness in the system, and showed that the harshest possible immigration regime was not necessarily good or popular.

In 2018, Sir Stephen Shaw conducted a follow-up to his 2015 review of detention. He noted that “the number of people held for over six months has actually increased. The time that many people spend in detention remains deeply troubling.”

It’s hard to get more damning than that. Both the Join Committee on Human Rights and the Home Affairs Select Committee (Parliamentary Committees made up of MPs from all parties) concluded that a time limit of 28 days was urgently needed.

To put reform into action, earlier this year a group of MPs from across Parliament tabled a proposed new law that would dramatically reform the beleaguered detention system by implementing the kind of safeguards that it has always lacked – a time limit of 28-days, criteria for who gets detained, and automatic oversight by judges.

With the support of nearly 100 MPs so far, including all the opposition party frontbenches, and senior Conservative Party members such as David Davis and Andrew Mitchel, this proposed law represents probably the most significant chance for fundamental reform to date.

The government has remained officially opposed to reform of immigration detention, rejecting the findings of the Home Affairs Select Committee and Joint Committee on Human rights, and calls from MPs across Parliament.

But the government has a fight on its hands. After avoiding detailed scrutiny for too long, the reality of immigration detention was exposed by Shaw, by Panorama, by Parliamentary Committees, and many more. Detention has become not an issue of the left or right or of any particular political party. It has become one about human beings and human rights, due process and justice – and about fixing an obviously broken system.

Coming up tomorrow – Act V: the state of detention right now and the prospects for the future. Our Director James Wilson attends some bail hearings that reveal everything you need to know.

<<< Act III: From exception to routine