Mr M: Fighting for my rights, one year on

On 11th February 2020, the Home Office attempted to deport 50 people to Jamaica. They knew many hadn’t been able to speak to a lawyer due to a weeks long signal outage at Heathrow. Detention Action challenged them in court, stopping around 30 deportations. Here Mr M., who was supposed to fly that night, tells the story of gathering vital evidence to stop his and many others’ deportations. 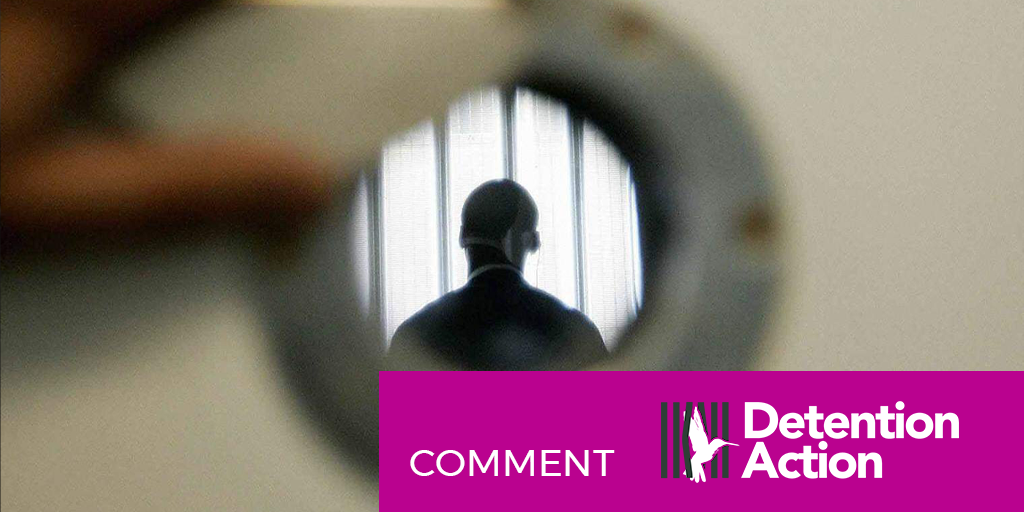 When the Home Office planned their usual schemes to suppress and restrict the access to information they didn’t consider that the laws of humanity would prevail and cause one of their embarrassing defeats in the courts.

On this Memorable late night…

I was on my visit with my sister. We were saying goodbye, as it might have been our last visit together. There was a tense vibe in the atmosphere with staff seeming on edge.

There was also the presence of an immigration manager official, on duty that night. Her face was twisted and she came across really rude. An argument nearly occur between her and some of our visitors, as to the manner she tried to address us which was disgraceful.

I knew there was a challenge being taken place, as did a few of the lads. They keep looking to me to keep them updated. I was keeping an ear out for the phone to ring, on the result.

When I took the call it was from one of the activists, then a solicitor working on the case. I got the further instructions to get them final statements from as many of the guys as I could.

I ran off the visit and told my sister bye. I hoped I’d see her again. Then I told the other guys to come back to the wing too, to quickly draft the statements saying that their phones had not been working, then get them to sign them. We had to hurry as at this time it was coming close to bang up. They had adjusted the regime for an earlier lockdown to facilitate the taking everyone to the flight that night.

There was this funny manager working that night, who’s not really a fan of detainees, Anyway she was ushering the guys to their rooms. I told her I needed to get to the detainees to get them to sign the statement, and send it back. She was hesitant, but I had support from all the other staff around her. They said that’s Mr M. he’s alright, let him do his thing.

There were a couple guys I had to beg to sign. Imagine that, it’s how the Home Office grinds you down. They just gave up I guess.

Other staff helped with letting me send the email too. That’s when those late statements came through for the late appeal. I then went back on the visit after and waited for the end result. Then we got the good news.

It’s advantageous and very Important having ACCESS to INFORMATION and the MEANS to OBTAIN and APPLY it. Without phone signal we had not been able to speak to lawyers to fight our deportations as is our right. The Home Office tried to take this away from us but we fought back.

And a year later I’m here now still fighting on, I guess.