The Detained Fast Track (DFT) asylum process is unfair and dysfunctional. Since its introduction in 2000, it has grown vastly in scope and in size. Many more asylum-seekers are now detained, in worse conditions, with tighter timescales, than was ever initially intended. This briefing summarises the problems with the Detained Fast Track, including in the words of asylum-seekers who are going through it. 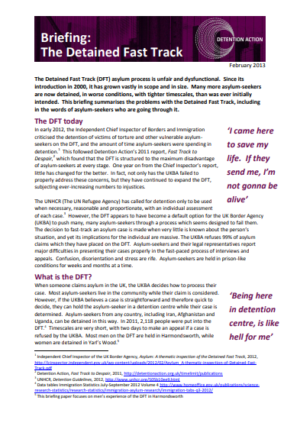