Airlines do care about their reputation, so if we’re going to stop this flight we all have to pile on the public pressure – and we have to do it right now. 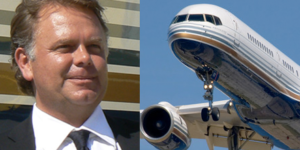 Urgent Companies involved in deportations prefer to keep it secret, but Privilege Style Airlines is now thought to be the carrier for tomorrow’s flight.

This is very urgent:

Please help stop tomorrow’s mass deportation to Jamaica. We just heard that guards have come to take people from their cells in preparation for the flight.

Privilege Style Airlines are thought to be the carrier – they do care about their reputation, so if we’re going to stop this flight we all have to pile on the public pressure.

We’re asking them to stop and think about the injustices that they’re helping the British Government to commit.

In the past, airlines have refused to take part – in 2018, following the Windrush scandal, Virgin Airlines ended its involvement with deportations, a move it said was most in keeping with its values.

We have spoken to many people who are set to be deported tomorrow. Some have still had no legal help. Some are seriously unwell. Many have lived in the UK for much of their lives. All have at least one British child they will be separated from.

One man we spoke to told us:

“I thought I was British until all this happened. As far as I was concerned, this is my country. It’s just so wrong what’s going on with this deportation flight. I’ve never experienced anything like it in my life. Everyone is desperate. There’s no help for people in this situation.”

Thank you to everyone for taking such urgent action tonight.