×
/ News / A major defeat for the Government

A major defeat for the Government

House of Lords votes to ban indefinite immigration detention, and MP support is at an all time high ahead of next week’s historic vote. 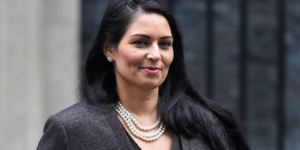 At a time when Priti Patel is attacking “do-gooders” and lawyers for defending basic human rights, the Government has suffered a major defeat – last week the House of Lords voted to end indefinite immigration detention for EU and Swiss nationals.

This is a big moment for our campaign – it’s a major defeat for the Government and a concrete step towards our goal of outlawing indefinite detention for all.

We have never come this close to actually changing the law before.

Urgent We’re one vote away from a ban on indefinite immigration detention, and public pressure could be the deciding factor.

Every year in this country, thousands are sent to detention centres for weeks, months or even years – there is no limit. In 2019, the longest detention stood at 1,002 days, almost three years.

We are the only country in Europe that does this, and all the evidence shows how pointless and inhumane it is.

That’s why indefinite detention has become one of the most pressing human rights issues facing the UK today. And Priti Patel’s plans to lock people up on islands, oil rigs and ferries make it even more urgent.

Now, after all our campaigning, support among MPs for ending all indefinite immigration detention has never been so high across the major parties. We have put this issue firmly on the map, and those in charge have paid attention.

The proposed changes to the law start by outlawing indefinite detention for EU and Swiss nationals, and then for all people in all circumstances.

It’s now or never – and public pressure could be the deciding factor in which way our MPs vote.