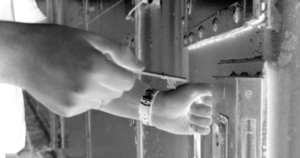 In the wake of the killing of George Floyd by US police, the UK must act on its own record of systemic racism.

We are raising our voices to oppose the Government’s inhumane practice of indefinite immigration detention.

Urgent We are raising our voices to oppose the Government’s inhumane practice of indefinite immigration detention.

Together, we stand against racism and racist systems, discrimination and the denial of human rights.

Immigration detention began in the UK as a way to imprison and deport black and brown people who came from Commonwealth countries.

Today, thousands are locked up every year. The majority of people we see in detention centres are black and brown people. Many are those who consider the UK their home, torture and trafficking survivors, and those fleeing persecution.

Conditions are inhumane and basic rights are denied – there is no due process and no limit on how long someone can be held.

The more people who voice their opposition, the more likely it is that the Government will pay attention. Every name added takes us one step closer to success.

Recently, with a combination of public pressure from all of us and legal action in the courts, we have forced the release of nearly 1,000 people from immigration detention centres.

What we do works. Now, we have to make sure that UK detention centres are not just filled up again – and we have to challenge the systemic racism that lies behind this system.

Together, we stand against racism and racist systems, discrimination and the denial of human rights.

Thanks for getting involved.

Stay safe everyone. More to come.