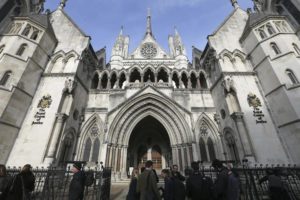 The High Court will today hear the latest instalment in the legal challenge launched by human rights charity Detention Action over individuals being denied access to justice in Immigration Removal Centres (IRCs) before their planned removal to Jamaica on Tuesday 11 February 2020.

The hearing was listed at the Secretary of State’s request to give her an opportunity to apply to set aside the injunction issued by the Rt. Hon. Lady Justice Simler in the Court of Appeal on Monday 10 February after the government failed to satisfy the Court of Appeal that those held in the Heathrow IRCs set for removal to Jamaica had been afforded adequate access to justice. The order stated that no one could be removed on the charter flight to Jamaica unless they had access to a working non-O2 SIM card since 3 February.

According to information released by the Home Office, 17 individuals were removed to Jamaica on Tuesday 11 February 2020 out of around 50 individuals who had been set for removal.

Detention Action is seeking urgent clarification from the government as to whether the Rt. Hon. Lady Justice Simler’s order was complied with. In particular Detention Action is seeking evidence that no one covered by the order was removed from the UK on Tuesday 11 February and that everyone detained at Harmondsworth and Colnbrook IRCs has now been offered a new working SIM card.

On 3 February 2020, Detention Action issued its legal challenge over the Home Office’s failure to provide effective access to legal advice to those held in Immigration Removal Centres (IRCs). The challenge followed ongoing mobile phone signal outage in the Heathrow detention centres, which left those facing imminent removal from the UK unable to contact their solicitors or NGOs that assist with referrals to solicitors.

In response the Home Office was forced to acknowledge that it has been aware of a mobile phone outage since 13 January 2020, potentially affecting hundreds of people held in detention, including those facing imminent removal to Jamaica. The Home Office was further forced to admit that it did not begin issuing working SIM cards until 5th February, missing the crucial window leading up to removal flights during which access to legal advice is vital.

Tomorrow’s hearing comes amid a flurry of public attacks on the judiciary and the rule of law following Lady Justice Simler’s judgment, with the Prime Minister reported to be “furious” and Dominic Cummings branding it the “perfect symbol of the British state’s dysfunction.”

Detention Action contends that such attacks are misplaced, stating in its Skeleton Argument for tomorrow’s hearing (attached) that this case has never been about the merits of deporting the individuals concerned, but rather about the “quintessentially British” right of access to justice, which has existed since at least the Magna Carta of 1215.

Detention Action further contends that no distinction is made in UK law with regard to access to justice between British nationals and others, and that to label as “dysfunctional” the duty of the courts to uphold such rights is a betrayal of Britain’s most fundamental constitutional values.

Despite claiming that it would further appeal Simler LJ’s order, Detention Action understands the Government does not now seek to do so.

Bella Sankey, Director of Detention Action, said: “The Government’s manufactured outrage in response to last week’s Court of Appeal judgment sought to distract from its own failings to uphold access to justice, an ancient English law principle that protects us all.

“Everyone in the UK, regardless of their politics, should be alarmed by a Government that trash talks the rule of law. Judicial review safeguards the rights of everyone in this country and is one of the few tools by which ordinary people can hold Government to account.

“The Government’s appeal has not yet materialised. But today Detention Action is heading back to Court to seek evidence that the Court of Appeal Order has been complied with and the law upheld”.

1. Detention Action is a national charity established in 1993 that seeks to defend the rights and improve the welfare of people in immigration detention by combining support for individuals with campaigning for policy change. Detention Action works in Harmondsworth and Colnbrook IRCs near Heathrow Airport in London, Morton Hall IRC in Lincolnshire, and with people held under immigration powers in London prisons. We work with around 1000 individuals held in detention each year.
2. Detention Action is represented by Duncan Lewis Solicitors, and Jessica Jones and Chris Buttler of Matrix Chambers