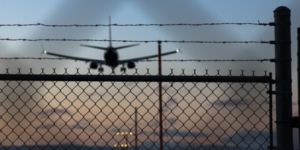 Human Rights charity Detention Action is today seeking an urgent Court injunction to prevent the removal to Jamaica – or anywhere – of individuals who have not been allowed proper access to legal advice.

This latest in the on-going legal challenge follows fresh evidence uncovered over the weekend suggesting that, despite Home Office claims, none of those detained at the Heathrow detention centres have received working SIM cards. They therefore still lack the means to properly access legal advice; this should have been possible for the full five day notice period leading up to their removal.

Detention Action is seeking an urgent order from the Court requiring that no-one is removed from the UK without having had, for the full notice period of five working days, a functioning SIM and adequate access to legal advice.

The legal challenge concerns ongoing disruption to Lycamobile signal in Harmondsworth and Colnbrook IRCs, the detention centres close to Heathrow Airport that act as the staging post for many removals from the UK. Phone signal has been severely disrupted since early January 2020, apparently due to a fault with an O2 mobile phone mast in the area.

New evidence collected over the weekend raises concern over the Home Office’s claims that all detainees due to be removed from the UK, including those with tickets for tomorrow’s Jamaica charter flight, have been offered an alternative working SIM card. Further, the evidence collected notes that problems with contacting lawyers continue.

Over the weekend the NGO Movement for Justice conducted a survey of a cohort of individuals at Harmondsworth and Colnbrook who have been served with removal directions. All those surveyed have been provided with tickets for the charter flight to Jamaica due to depart on Tuesday 11 February. In response to the question “Have the Home Office offered you a new SIM? If so, has that worked better for you/solved the problem?”, the responses were as follows:

The first steps to address the communications outage appear to have begun on 3 February 2020 when a number of EE SIMs were ordered. They arrived on 5 February 2020 and were offered later that day to those intended to be on the 11 February 2020 Jamaica charter flight or who are otherwise subject to removal directions. The Home Office’s own records show that:

Home Office policy states that the purpose of the five working day notice period leading up to removals from the UK is “to enable individuals to seek legal advice.” But those who received working SIM cards on the 5th or 6th February will only have had two or three working days ahead of the flight with the means to properly access legal advice in relation to their removal.

Bella Sankey, Director of Detention Action, said: “Yesterday we gathered shocking and damning evidence that those scheduled on tomorrow’s deportation flight to Jamaica have been denied access to justice. Home Office efforts to issue new SIM cards have been flawed and patchy and people facing a life-changing removal from the UK are effectively being held incommunicado. These removals must be halted until access to lawyers has been restored”

Spokespeople are available for broadcast interview.Notes to editors: