×
/ News / The latest – A death in detention and a public inquiry

The latest – A death in detention and a public inquiry 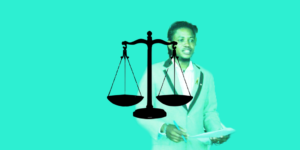 A quick update from Detention Action on two significant things that have happened recently – both concern events that took place in immigration detention centres in 2017 but we are only now getting to the bottom of. Both are about truth, accountability and justice in a system that is usually about anything but.

With the election now in full swing (more to come on that shortly), it’s too easy for important issue to get swept aside. It’s up to all of us to make sure they don’t.

First – Brook House, one of the immigration detention centres near Gatwick Airport. Back in 2017, the BBC’s Panorama programme went undercover and filmed horrific abuse of those held there, including racist abuse, violence and malicious neglect of incredibly vulnerable people. At one point, amid the total chaos of the centre, one officer is seen trying to strangle someone without even a hint that anyone is going to do anything about it.

Home Secretary Priti Patel has now finally announced a public inquiry into what happened there. It took a long time to get to this point – and only came after legal action by one of Detention Action’s clients.

He’s known only as BB to protect his identity. At the time the inquiry was ordered in court he said “I thought I would die in Brook House. Now my abusers will have to face justice.”

Second, and continuing on a similar theme, is the tragic and entirely avoidable death of Carlington Spencer in October 2017 (a year in which he was one of 11 people to die in immigration detention). Carlington was held at Morton Hall detention centre when he died from a stroke. He was just 38 years old.

Last week we got the published findings of the inquest into his death. They uncovered serious failings in his care, and a culture of disbelief.

We learned that others who were detained with Carlington reported that the side of his face was drooping, and that he was “fire hot”. An ambulance wasn’t called until the afternoon after he became ill, and Carlington died in hospital three days later.

We must remember that both of these tragic events – the widespread abuse of people like BB and Carlington’s avoidable death – happened within a system of indefinite immigration detention that is fundamentally unjust and inhumane.

It’s also important to remember that the truth can and does come out. That’s why we’re all here.