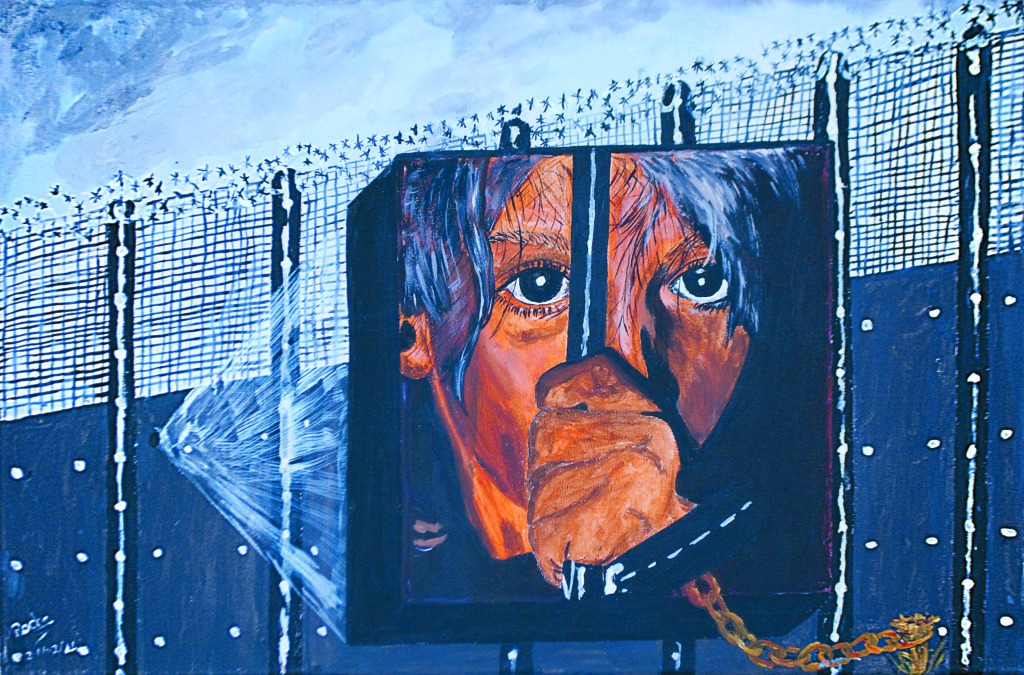 Indefinite immigration detention creates and exacerbates serious vulnerabilities. Many people in detention are survivors of torture or other forms of extreme violence. Some have chronic physical or mental health problems that cannot be managed in detention. Others without pre-existing conditions develop serious problems by virtue of their experience in detention.

There are certain criteria that are supposed to prevent people from being held in immigration detention, which are largely concerned with vulnerable adults and the welfare of children. It is illegal to detain somebody if that decision results in a child being taken in to care, and the Adults at Risk (AAR) policy is designed to identify people who would be particularly vulnerable to harm in detention. The AAR policy covers vulnerabilities such as disabilities, post-traumatic stress disorder (PTSD) or being a survivor of human trafficking or modern slavery, and weighs these vulnerabilities against ‘immigration factors’ (how likely the person is to be removed from the UK). Rule 35 of the Detention Centre Rules 2001  is the mechanism by which Home Office caseworkers should identify people ‘whose health is likely to be injuriously affected by continued detention or any conditions of detention’.

These safeguards are demonstrably not working. We regularly still see survivors of modern slavery and human trafficking being detained. People who have experienced detention talk of the impact on their mental health for years after their release.

We regularly hear from people in detention that their healthcare needs are not being adequately met. Healthcare provision is provided but people often struggle to be seen by a doctor or to receive proper care. For many people, being detained without notice means that they are unable to make arrangements for any medication they are taking. For others, detention is the cause of their ill health, whether that be through depression, anxiety or another mental or physical manifestation.

There is a crisis of self-harm in UK immigration detention centres. There is more than one incident of self harm every day and eleven deaths were recorded in 2017.

Being detained without being given a release date puts people in detention under a huge amount of anxiety. They go from day to day not knowing if they will be removed from the UK, transferred to another detention centre, or released back in to the community. The lack of control over their own lives and the oppressive and violent atmosphere can lead to an overwhelming sense of hopelessness and despair. Many people in detention suffer from PTSD and experience flashbacks to past experiences.

The reality of hotel accommodation for many people seeking asylum: "Lying on a thinly carpeted floor, 13-year-old S… https://t.co/aZfpmFJ2NV

Bella Sankey, director of Detention Action, said: “If this Government had any respect for our legal system, it woul… https://t.co/jCOlbNhOd6

The most senior Home Office civil servant claims today that the #Rwanda policy is about "prevention". A prevention… https://t.co/BIQHD6XFLr

The Home Office's most senior civil servant admits that: "It would be a pyrrhic victory if this set of policies wer… https://t.co/nbiOh5Yy8y

“These plans to undermine our rights to a private and family life threaten us all, but especially threaten the chil… https://t.co/YhZfby6yJw

In this letter, organised by @libertyhq, we join the call on this Government to not block attempts by Parliament to… https://t.co/YIEaEmfGIQ

"They fled their villages after they were razed to the ground & family members were raped and tortured. The route f… https://t.co/3BIhQCd7eN

Allies for Justice (AFJ) is a campaign group for people with lived experience of navigating the UK’s asylum system, immigration…

Bella Sankey Director Bella joined Detention Action in 2018, having previously worked at Liberty and Reprieve. She oversees our work…