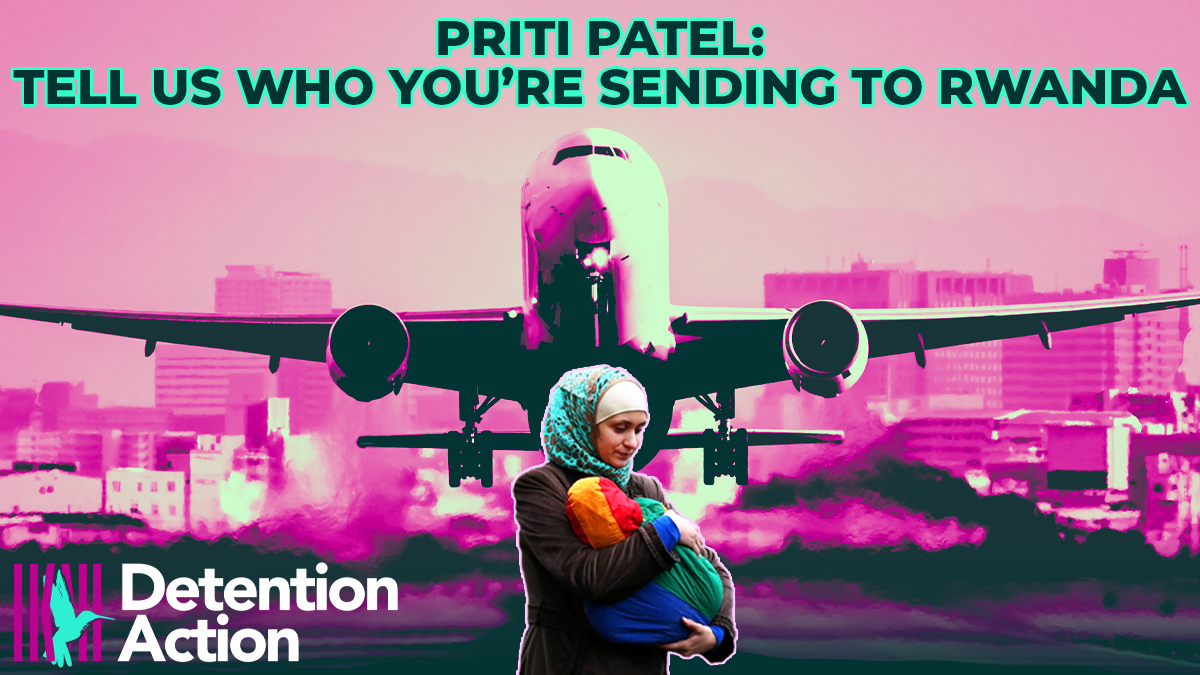 A new legal challenge has been brought this week against Priti Patel’s recently announced plan to send people seeking asylum to Rwanda. A pre-action letter was sent on the morning of 26 April, initially challenging the Home Secretary’s failure to disclose the criteria dictating which people seeking asylum will be transferred by force to East Africa and which will remain in the UK.

The claimants further contend that the removal of individuals from the UK to Rwanda under the proposed scheme would be unlawful as the policy penalises asylum seekers on the grounds of their irregular entry, in direct contravention of the Refugee Convention.

The pre-action letter argues that the Home Secretary’s failure to reveal the criteria for selection is an unlawful breach of her duty of transparency and the wider constitutional right of access to justice. The claimants contend that the Home Secretary must make public the criteria for the removal of people seeking asylum to Rwanda in order that they can properly assess whether and to what extent the practice would be unlawful. It is clear that those affected by the policy and those tasked with implementing it need to fully understand its implications.

The legal case has been brought by charities Detention Action, which supports people in immigration detention in the UK and Care4Calais, which supports refugees in Northern France who wish to seek asylum in the UK. The challenge is also brought by the Public and Commercial Services Union (PCS) who represent Home Office staff tasked with carrying out the controversial policy.

Statements previously made by the Home Secretary indicate that at least some selection criteria are already established and being applied. The organisations are calling on the government to refrain from transferring people to Rwanda until a response to their letter has been received and to commit to publishing the policy within a defined timeframe.

Their challenge states that if people seeking asylum – including those allowed to remain in the UK – are not told who is eligible for removal, they will be unable to see how the policy affects them. This, in turn, risks delaying the prompt and fair assessment of their asylum claim, unlawfully depriving them of their liberty and interfering with their right to a private and family life. Where people are wrongly selected for expulsion to Rwanda and their removal would be inappropriate or place them in danger, they will be unable to appeal that decision effectively if not made aware of the government’s criteria.

“This legal action is brought on behalf of all those who are vulnerable to medieval-style banishment for daring to seek sanctuary in the UK, as well as the wider British public who have every right to know what the Home Secretary wants to do in their name. We believe that this entire policy is unlawful, both the secrecy surrounding the selection criteria and the whole premise of penalising refugees, by expulsion to Rwanda, for fleeing without papers and permission. The Rule of Law is fundamental to our Constitution, and despite this Government’s clear disdain for it, we will hold them to account”

“The government’s plan to send refugees to Rwanda is a threat to the lives of refugees, the international reputation of the United Kingdom and the finances of British people. From the suspiciously sparse detail presented so far, it is already clear the plan holds multiple risks and innocent people will be needlessly and cruelly traumatised to score political points.

“A government’s decisions must be transparent, and ministers must be accountable, so that we know what is being done in our name.  Our recent success in stopping the proposed pushbacks policy only came after the Home Office was compelled to reveal that they knew the plan was unworkable.  It is a shame that litigation is required to force the Government to do the right thing.”

“PCS is bringing this action on behalf of our members in the Home Office who will be expected to implement this policy; and on behalf of the refugees affected by it. We want to improve the working environment in which our members operate, including through the development of a humane asylum and immigration system.

“PCS members in the Home Office do a difficult job. We have asked the Home Office for details of what precisely they expect our members to do in respect of this policy and the legal basis for it. Nothing has been forthcoming. They are again playing fast and loose with our members’ safety and well-being.

“Earlier this week, through our legal action, we forced the Home Secretary into a humiliating climbdown when she had to drop her dangerous and inhumane Pushbacks policy. We are again determined to take action to prevent our members being placed in an untenable position.”

“The government’s proposal to remove asylum seekers to Rwanda is cruel, unworkable and would be in breach of the UK’s obligations under the European Convention on Human Rights and the Refugee Convention. The proposal is a full frontal attack on the most fundamental tenets of domestic and international law. The Secretary of State is quick to besmirch those who challenge her unlawful policies but we will continue to fight on behalf of our clients, who have strong cases to bring to court.”

The case is being brought by Duncan Lewis Solicitors.

Donations to support Detention Action’s legal action and campaigning against this Government’s offshore deal with Rwanda can be made here.