Act V: This is where we are in 2019 (A brief history of immigration detention) 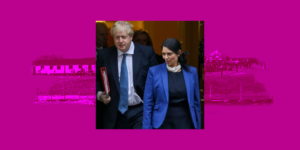 I recently attended a series of bail hearings that reveal a lot about the state of the immigration detention system today.

The people whose hearings I witnessed all appeared on a grainy screen by video link from a detention centre, never in person. As the judge granted immediate release in each case, it struck me just how little argument was put forward to justify the detention of this person. Each time, the Home Office essentially conceded that there was no good reason not to release them.

Right now, we have a system of immigration detention that locks up thousands and costs millions. One that routinely ensnares the most vulnerable and gets it wrong so frequently that the majority of those detained have to be released, their detention having served no purpose at all.

Jump back to 1970. Would anyone have knowingly brought this system into the world? Would we have missed those early opportunities to set down such basic safeguards like a limit on how long someone can be locked up for knowing where we would end up?

Jump forward to today. The government boasts that 70% of people are held in detention for less than 28 days. This is a strange fact for the Government to feel pride in; how can this be regarded as indicating a humane and well-functioning system? This is what the Home Affairs Select Committee meant when it talked of a ‘shockingly cavalier’ attitude towards the deprivation of liberty.

Aside from the fact that even four weeks is very long time for anyone to be locked up on the say-so of a Home Office caseworker, that still leaves more than 7,000 who are detained for longer, which is a lot of people in anyone’s book. In the context of British justice, that number of people can surely never legitimately be dismissed as insignificant.

But in any case, whether detained for years or 28 days or a shorter period, no one in the system will know when they will be released, and this continues to be one of its most controversial and harmful features. “It’s enough to make your whole body shut down” as Collin, one of the Freed Voices members recently described it to me, “indefinite detention shouldn’t be an option for anyone.”

Over the past seven years, working for three different organisations supporting people in immigration detention, I have met and spoken with many people held in the system. One of the hardest parts of this has been watching individuals deteriorate, seeing and hearing the clear impact of harsh conditions and indefinite detention on people held not due to a court’s judgement but at the whim of the Home Office.

At the time of writing, no one is known to have been held in immigration detention forever. Which is another way of saying that I can’t understand what the government means when it says that detention is ‘not indefinite’ because people do eventually get released. People like Collin spent every day, week, month and year in detention not knowing when they will get out, and there was no limit to how long their detention could last.

This is indefinite detention, and it is exceptionally cruel.

These are the inner workings of a system that operates without much restraint, and has little imposed upon it. Looking back over the history of immigration detention, we can see this system filling the space left for it by the absence of safeguards. Like a liquid, it has flowed into areas that should have been closed off, like indefinite detention or the detention of trafficking and torture survivors. Eventually it has taken the shape we now see before us – a “monstrous system’ in the words of Diane Abbott MP, a “national shame” in the words of David Davis MP.

Those of us calling for reform are attempting simply to bring immigration detention into line with the legal and moral norms of this country. Like a cruel anomaly in system, it lacks the kind of basic safeguards that we consider normal and essential in, for example, our criminal justice system – like limits on how long people can be held and having judges rather than officials behind closed doors making the decisions.

Support for the 28-day time limit stretches far and wide – from Conservative MPs to the Labour frontbench and every corner of Parliament, from organisations across civil society to members of the public up and down the country. The government is still officially opposed to reform of the detention system, but it has a fight on its hands, and, right now, we are closer than ever before.

<<< Act III: From exception to routine