Freed Voices member K.A. interviews Baroness Hamwee, a long-term advocate for detention reform in the House of Lords. Baroness Hamwee was recently named as one of the Detention Forum Champions, recognising her tireless work challenging immigration detention. This article was originally posted on Unlocking Detention. 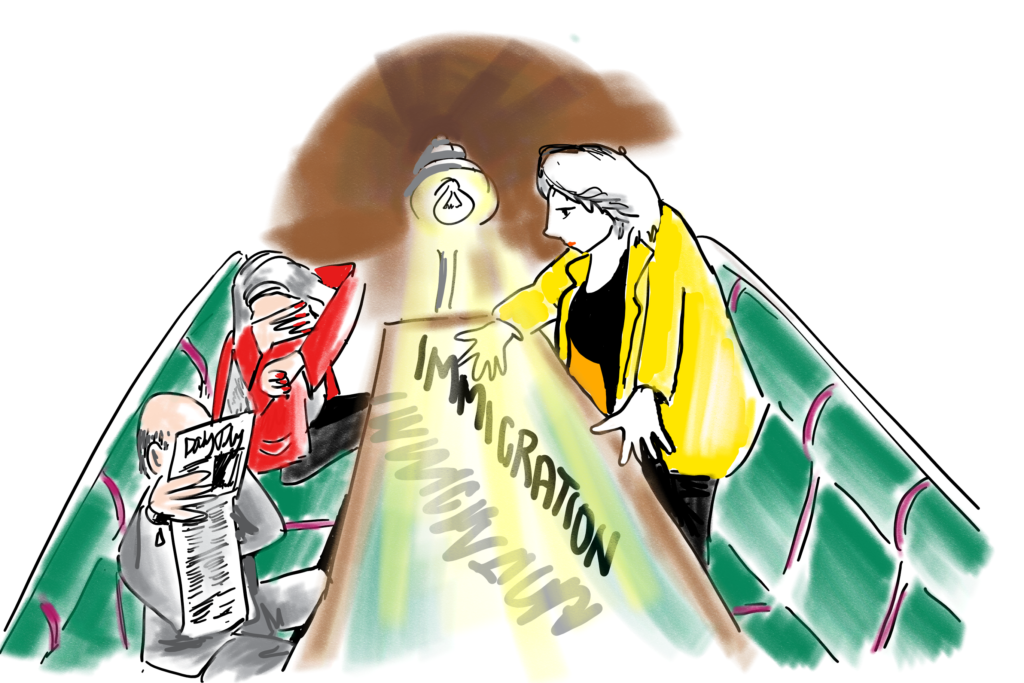 My name is K.A. I spent 5 months in immigration detention between September 2017 and February2018. The effect it has had on me both mentally and physically is unimaginable. This is the very reason I am speaking out against the government’s unbridled use of detention.

In the long term I would like to see an end the use of arbitrary detention where detainees are held in maximum security as prisoners. Detention should be used in exceptional cases and a reasonably short period of time. There also needs be an independent body outside of government to monitor any policy reforms made by the government department responsible for this.

Since I arrived in the UK, local people in the community have been very helpful. During my recent detention I relied a lot on charities such as Detention Action, Medical Justiceand Samphire. Right now I am looking for the right to live, work and contribute meaningfully to my community. At the moment I feel like I am under ‘house arrest’. But I just see all these as one of the adversities of life that I hope to overcome.

It is very satisfying to know that there are some politicians who will look beyond political expediency and do what is right.

So my first question to you is, what is your main motivation for speaking against something which is very unpopular to talk about among politicians?

Thank you for your questions.

What is your main motivation for speaking against something which is very unpopular to talk about among politicians?

I think it is the whole subject of immigration that politicians find difficult to discuss, rather than immigration detention, because it is a subject that is often regarded as one where people have fixed ideas that immigration is a bad thing, and where it is very easy to lose votes – so it’s best just avoided. I have hardly given any thought over the years to my own motivation; it simply seems to me that a system which has such an impact on detainees, when they are in detention and following it, must be challenged; it is not what I want my country to be doing, in my name, and I am ashamed of it being applied so widely.  What is the point of being in politics if you don’t try to challenge what you think is wrong.

At a personal level, from time to time when someone tells me about an immigration problem, I catch myself thinking: Yeah, yeah, that’s what happens. I hate it that sometimes I have to remind myself to be shocked

Ironically, what has become known about how the Windrush Generation were treated has had a positive aspect. People who have not known much about the detail of restrictions on immigration, and detention and deportation, have thought about individuals caught up in this as individuals.  Once you see someone as an individual, not as a faceless threat, you feel quite differently.

I am by no means unusual in this, but my thinking on immigration is affected by the fact that my family has not beenin the UK for all that long, though they were not refugees. My mother’s grandparents came from “somewherenear the Baltic” (I’ve not been able to get closer than that). My father’s parents were both born in Aleppo; my grandfather ended up in Manchester (the cotton trade was the link) and my grandmother came (an arranged marriage) to be married here. It is only an accident of fate that I was born in the UK.

What do you hope to achieve? In other words, what are your end goals and how are you going to achieve this amidst the mounting opposition to immigration detention?

The Parliamentary committee of which I am a member (the committee on Human Rights) is looking at detention at themoment, and I can see that the evidence we are hearing is affecting everyone.  We haven’t yet formulated our report (and we cannot do more than make recommendations and generally get issues aired in public), but I hope we will make real progress in getting much wider acceptance that detention does damage (I don’t know how anyone can spend more than a day or two in detention without becoming “vulnerable”); that it must be limited, and known to be limited, to a short period at the outside (people seem to gather round 28 days); and that conditions in detention centres must be hugely improved.  I also hope that, in what should be only the few cases in which detention is justified, people can be picked up in a much more humane way than so often seems to be the case.

We have to go on talking about it.  As an opposition politician, that is what I have to do.

What in your view is the biggest obstacle to advocating for reform?

That too many people don’t want to hear.  Either their own problems are overwhelming; or they just don’t want to think about it; or the whole topic of immigration is “too difficult”, as you yourself suggest.  And after all, I suppose we all have our own causes and our different priorities. There is also a tendency in government to conflate immigration and security, and to suggest that if immigrants are not dealt with rigorously, then the UK’s security is put at risk.

Before you became a politician, did you know anything about immigration detention? How did you come across it for the first time?

No, it was not a subject that I was aware of.  In 2009 just after I had become the Liberal Democrat spokesperson on Home Affairsin the Lords (I had previously focused on Local Government), I asked if I could accompany a colleague on a visit to Yarls Wood. I was refused (I did visit fairly recently) – I never got a satisfactory reason (I was told it was a political issue, and we were too near a general election – at the time we didn’t know when there might be an election).  It did, however, lead to two diary pieces inThe Guardian, both with cartoons (me in peer’s robes – which of course are not daily wear – concealing a knife in a chocolate cake, to make the tongue in cheek point that I am really dangerous). Naturally this sparked my interest.

What do you find most rewarding about your job?

Leaving aside the very occasional times when we persuade the Government to change its view, or to acknowledge it has done so (they are not the same thing) in this context so often being inspired by the people I meet who are so resilient and optimistic.  It really is humbling to be told how grateful they are to be in the UK, when I am so aware of how much better we could treat them.